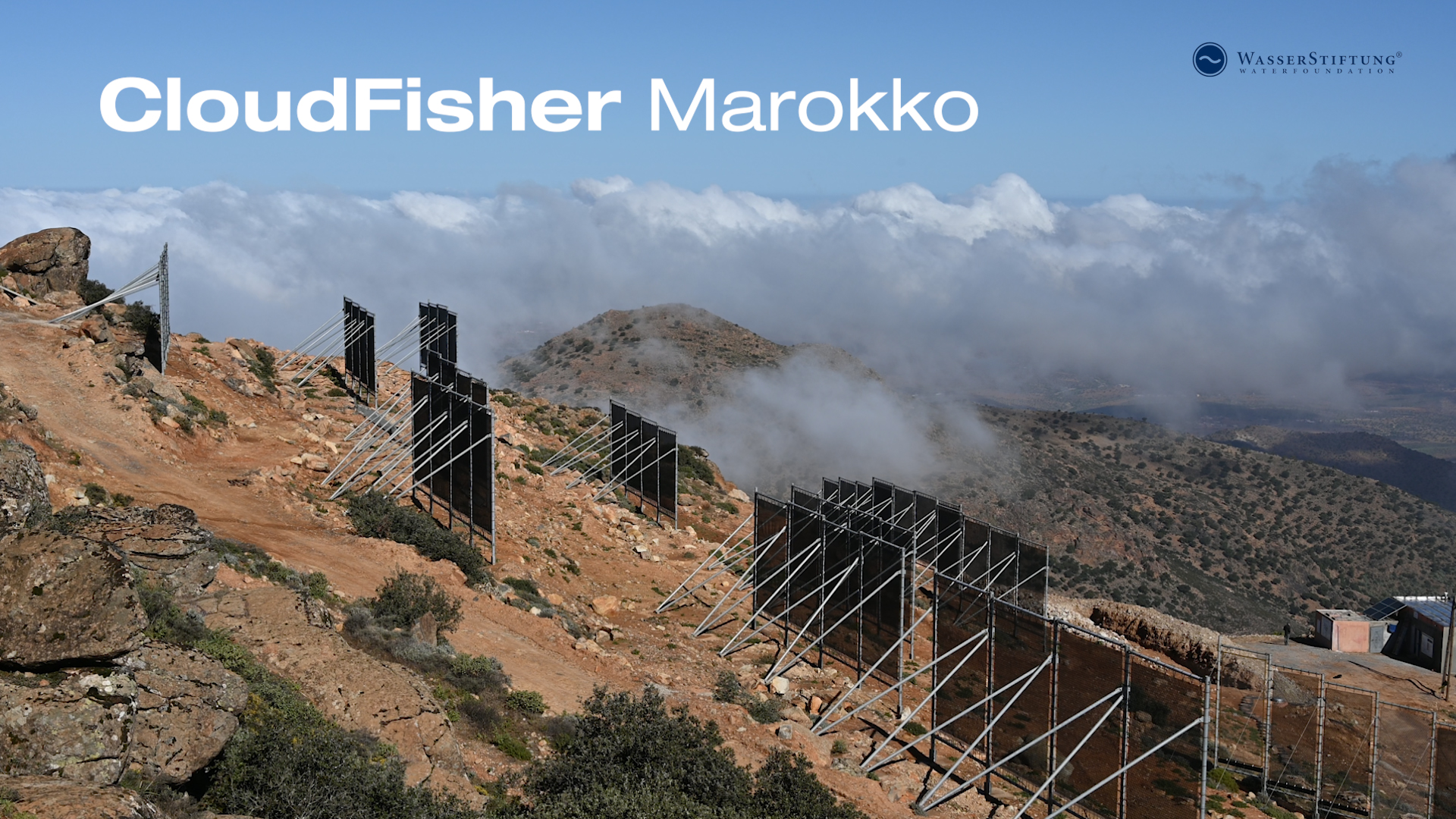 Peter Trautwein can be very persistent if he pursues a goal. And it is thanks to this characteristic that, after two years of construction, Mount Boutmezguida is now home to the world’s largest fog collector system, which supplies 1,600 people with clean drinking water. It was just as important to him to illustrate that all these efforts were worth it. This is why the WaterFoundation can present an eight-minute video about grateful children, happy women and proud men in the Berber villages in southwest Morocco – and with it the effects of the largest project to date, which the WaterFoundation has implemented so far, from the acquisition of resources to the entire project and financial management.

CloudFisher opens up new perspectives for the Berbers

The life of the people in the 16 villages of the Anti-Atlas Mountains between the Atlantic and the Sahara has changed completely since the installation of the facility. “We are doing great,” says Fatima Ichar Hamouali happily into the camera. “Women used to waste four to five hours a day fetching water.” Today, the water not only serves as drinking water for humans and animals, it is also used to irrigate the gardens where fruit and vegetables can grow now. In addition to the kitchen, the washrooms are also equipped with running water and there is even a washing machine.

Designer Peter Trautwein is convinced: “The CloudFisher is an effective contribution to combating the causes of flight. People can now build a future there.” He is particularly concerned about the sustainability of the projects: “This includes training the locals to become experts and being superfluous at the end of the project,” says Trautwein. One of them, Houssien Soussan, was initially sceptical when he heard that water could be extracted from fog. Today, he can build and maintain the networks independently.

Thanks to all supporters

“Are you the people who brought us the water, a little boy asked and then he said simply: Thank you!” – This little incident is described by cooperation partner Dr. Jarmila Bargach, Director of the Dar Si Hmad Foundation in Morocco, at the beginning of the film: There is no better way to sum it up.

Without the commitment of a dedicated team, it would not have been possible to produce this video, which is available in German and English. That’s why the WaterFoundation would like to thank everyone involved!