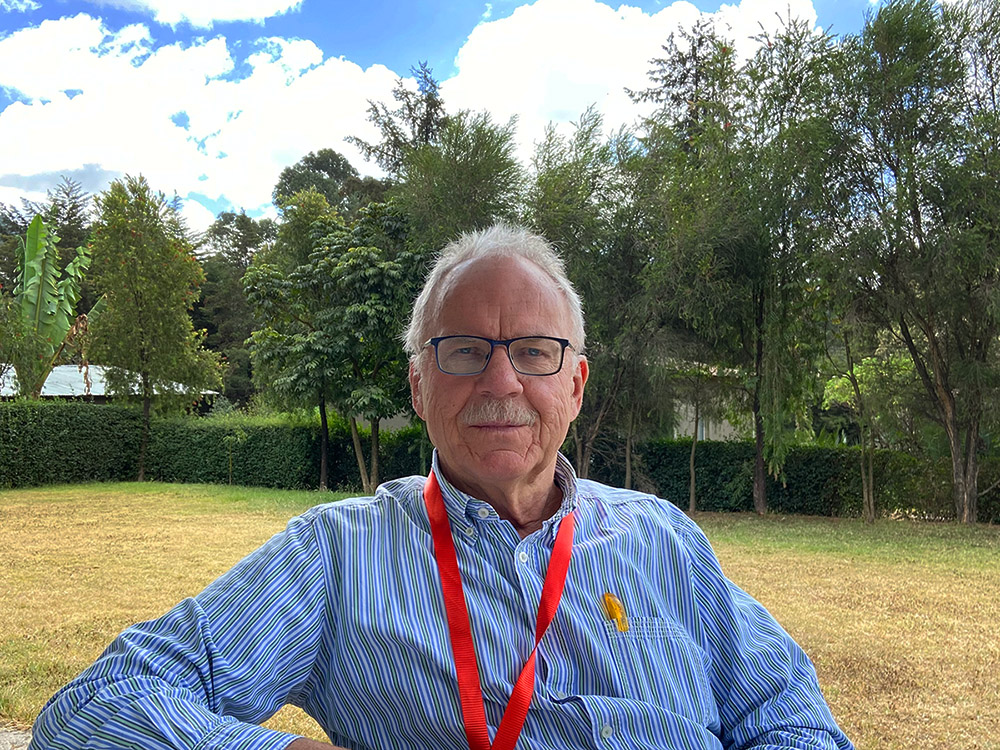 The WaterFoundation family mourns the loss of its benefactor and founder Henner Lang, who passed away shortly after his 77th birthday on 25 April 2021 as a result of a corona infection. Our thoughts are with his family: his wife, daughter, two sons and grandchildren.

Henner Lang was torn from the middle of an active and committed life by the illness and his surprising death. Even after his age-related change from the chairmanship of the Board of Directors to the Board of Trustees in May 2020, Henner Lang was voluntarily involved in various projects of the Foundation in Ethiopia and took care of collecting donations. Among other things, he gave lectures to Rotarians to raise money for his heartfelt causes. Because he was always able to convince people of the good cause of the WaterFoundation, which he had founded together with Ernst Frost 21 years ago, through his expertise and tireless enthusiasm, he never went home empty-handed. It was always important to Henner Lang, a trained businessman, that not a single cent was spent unnecessarily and that the donated funds were used in a well-considered and sustainable way.

On his many trips to Ethiopia and other countries, he always kept an eye on the problems of the local people and saw for himself how the projects were progressing. Numerous spring catchments, which he planned and implemented with the Ethiopian-German engineer Fekadu Aleka, now reliably supply people in remote Ethiopian villages with clean drinking water. And where women and girls are to be relieved of the arduous task of fetching water, he distributed more than 1000 donkeys to needy families together with local church representatives.

A dedicated networker for a good cause, who with persistent commitment and a big heart tirelessly focused the attention of many people on the needy of this world, has tragically passed away. We are very sad and will continue the work of the WaterFoundation in the spirit of Henner Lang.

In memory of Henner Lang, the WaterFoundation will implement a water project in Ethiopia dedicated to him.

Board of Directors, Trustees and Team of the WaterFoundation