In Bilaa one of the largest water supply projects of the Water Foundation in Ethiopia is being implemented.

The two settlements Bilaa and Bilo-Ejere are located 275 km west of Addis Ababa in Gudaya-Bilaa County, East Wollega District, Oromia Regional State. The population lives from retail trade, agriculture and cattle breeding. There are three schools without water supply. The source used by Bilaa so far delivers rationed 40 litres per family per week. The inhabitants of Bilaa have to get washing and drinking water from rivers contaminated by faeces and worms. The settlement of Bilo-Ejere, 10 km away from Bilaa, has productive springs in its area that can guarantee water for both communities in the future.

The aim of the project is to supply people and animals near the springs and along the planned main pipeline to Bilaa with clean water and also to irrigate fields via branching pipes. The main spring covers about two hectares of land. Out of consideration for the river ecology and existing irrigation, it is only partially (50%) enclosed and capped. Four more springs will be diverted into the main pipe in the future. A total of eleven standpipes will be built.

After thorough planning and successful application to the German Federal Ministry for Economic Cooperation and Development (BMZ), we were able to start our activities at the end of 2017.

In the meantime, the most important springs have been captured, a large tank has been built, several kilometres of water pipes have been laid and water intakes have been installed. As planned, we will hand over the project to Bilaa and the Bilo-Ejere settlement in February 2020.

It will then be possible to meet the calculated water demand of approx. 180,000 litres per day for around 10,000 people. Beneficiaries will include several schools and the hospital. The rate of illness will decrease, there will be more time for school attendance, work in household, handicrafts and agriculture, and finally rural exodus and emigration will decrease.

During the first deliveries of construction materials, the roads were still blocked by people protesting against the old government. After they were told that the cargoes were for the Bilaa water project, they allowed them to pass through. So our project partner Environmentalists Development Association – Ethiopia (EDA-E) got the impression that our project is understood and accepted. 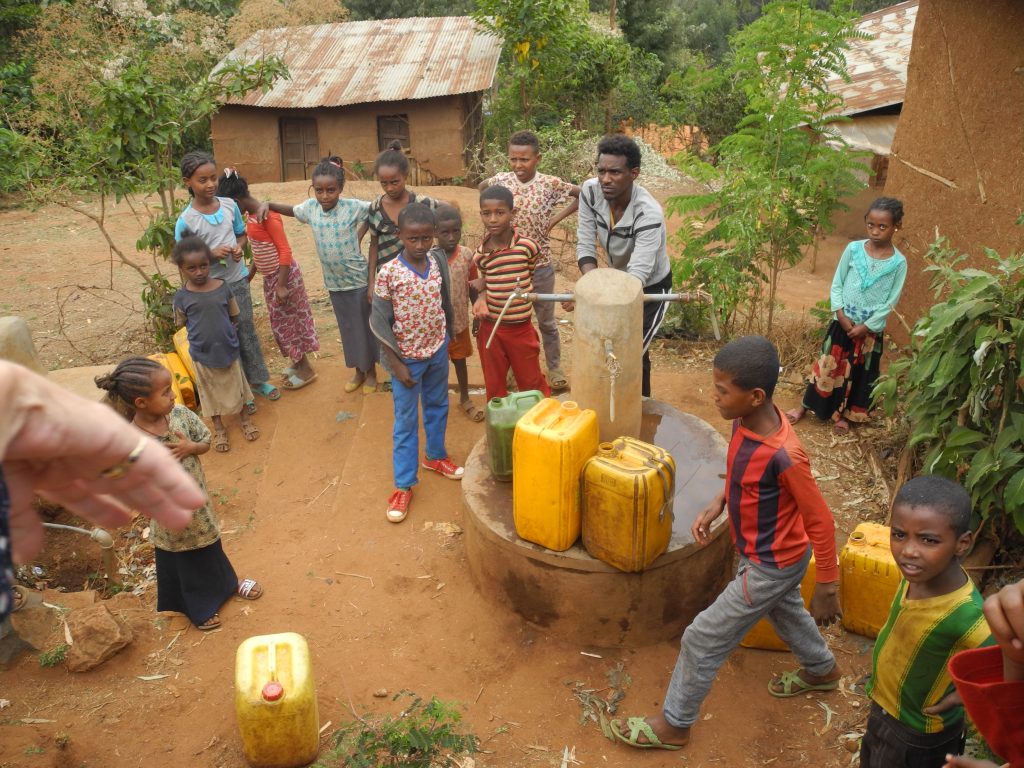 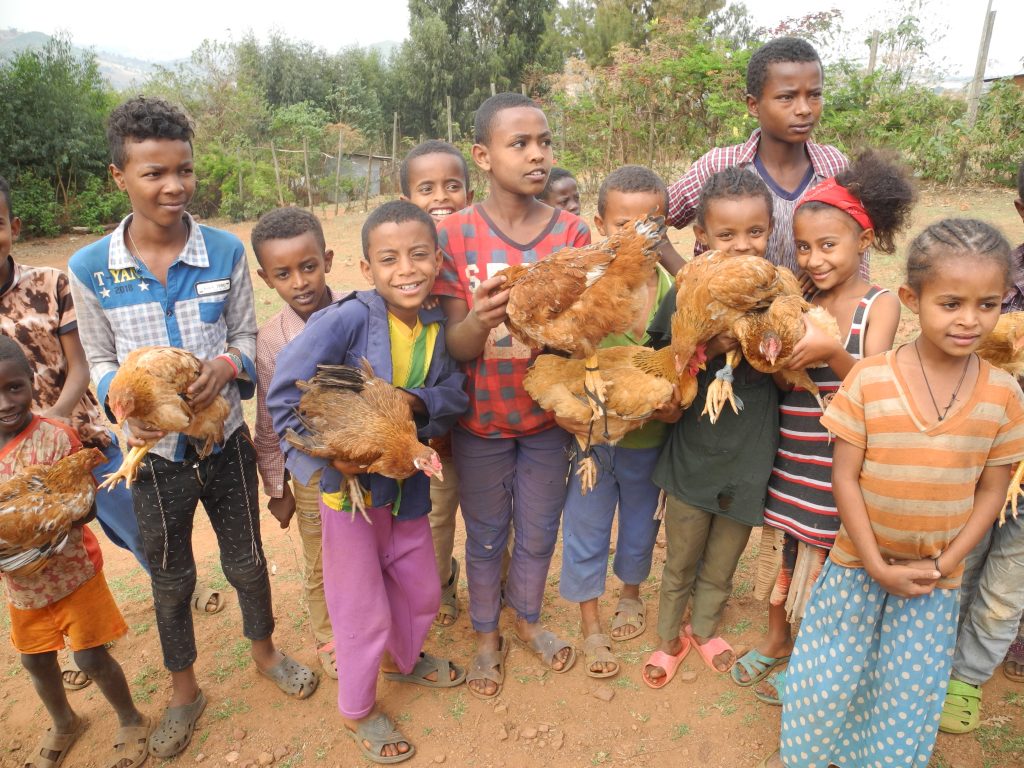 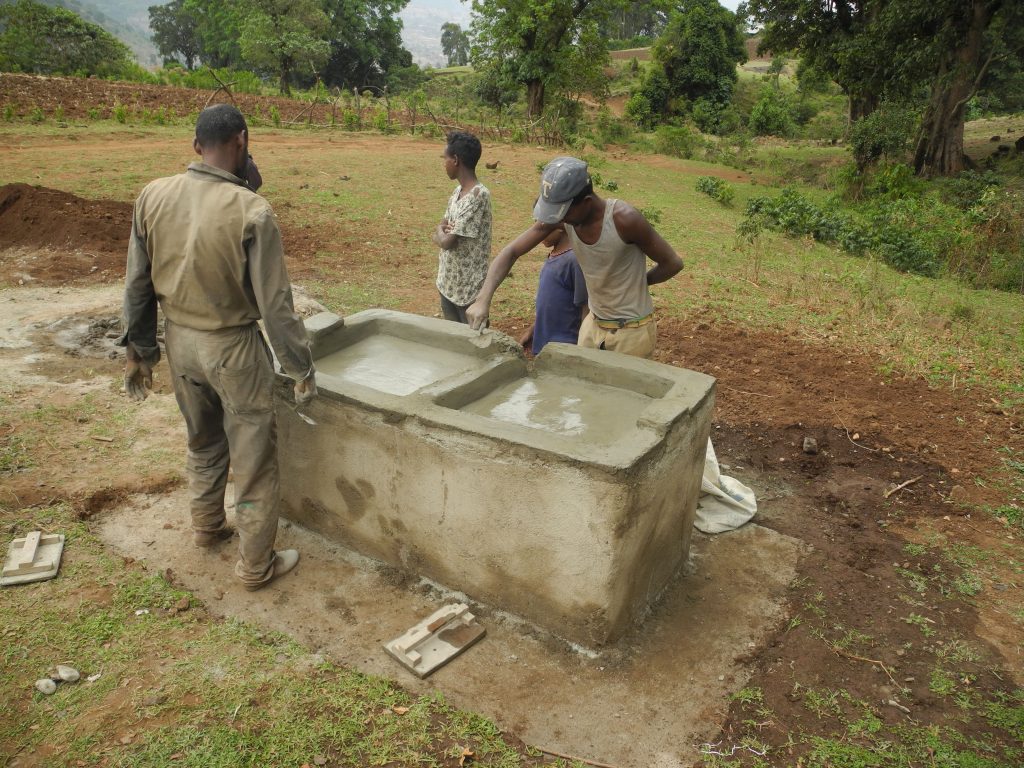 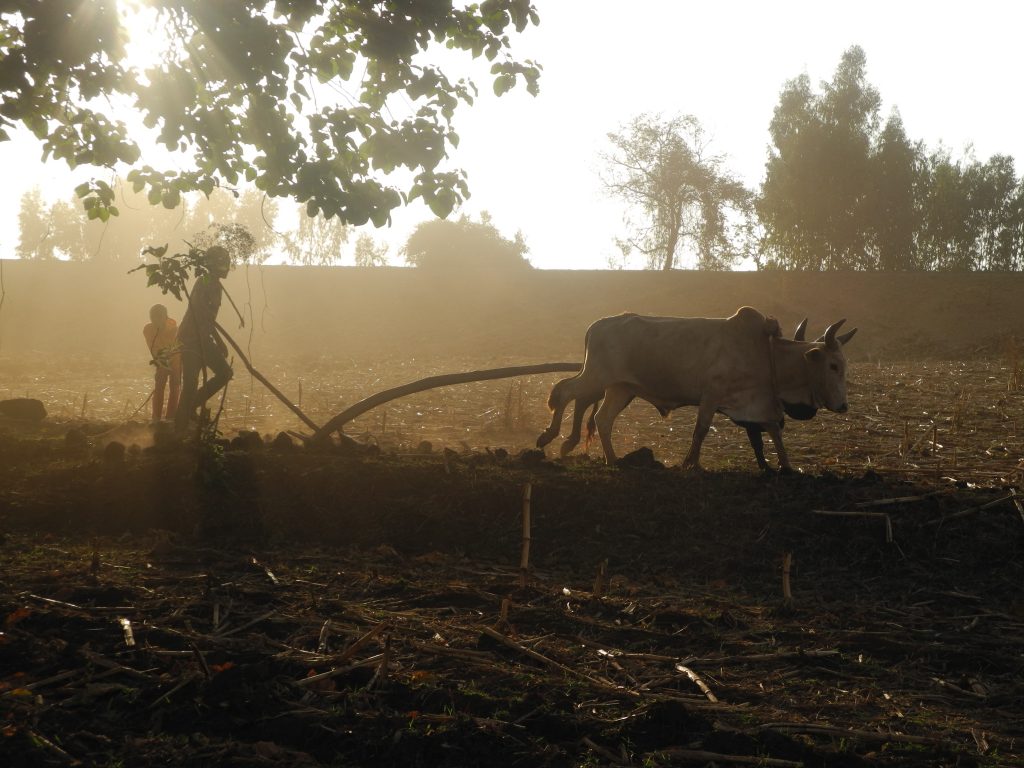 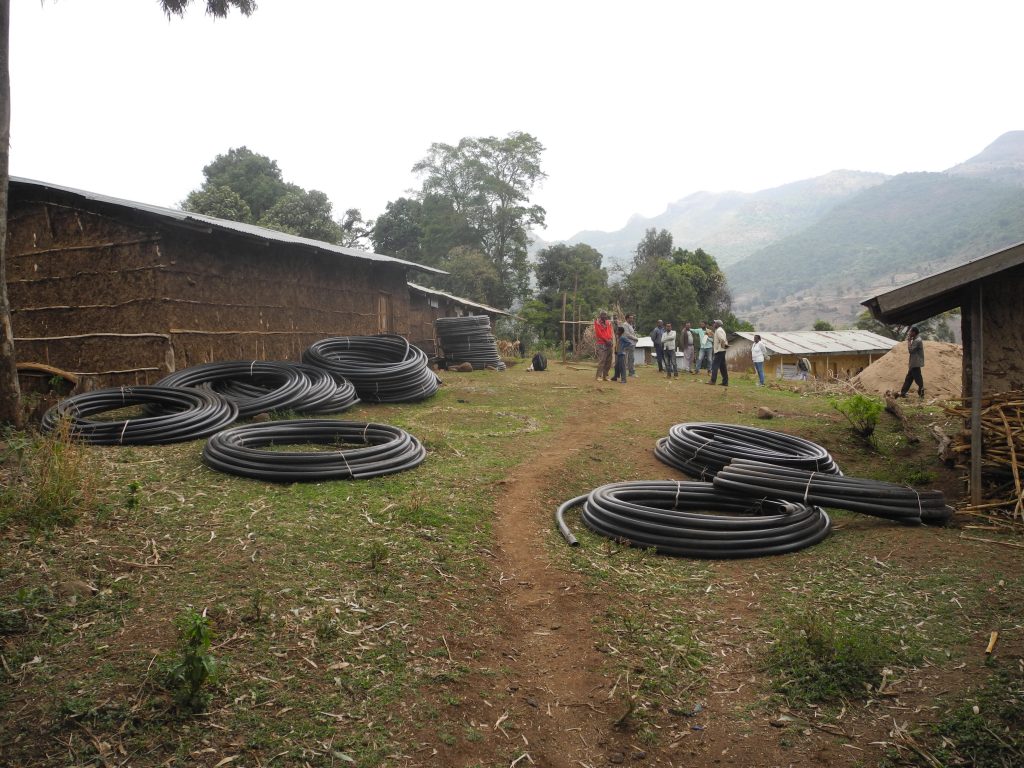