The shipment was somewhat delayed by the corona-related worldwide logistical restrictions, but now it is done: the 40-ft-container, which was ready for shipment, was loaded at the end of July thanks to many energetic hands under the leadership of WaterFoundation Board member Senait Michiel, was driven from Königsdorf to Hamburg and left the Port of Hamburg on 31 July. It will reach Massawa in the Red Sea at the beginning of September. 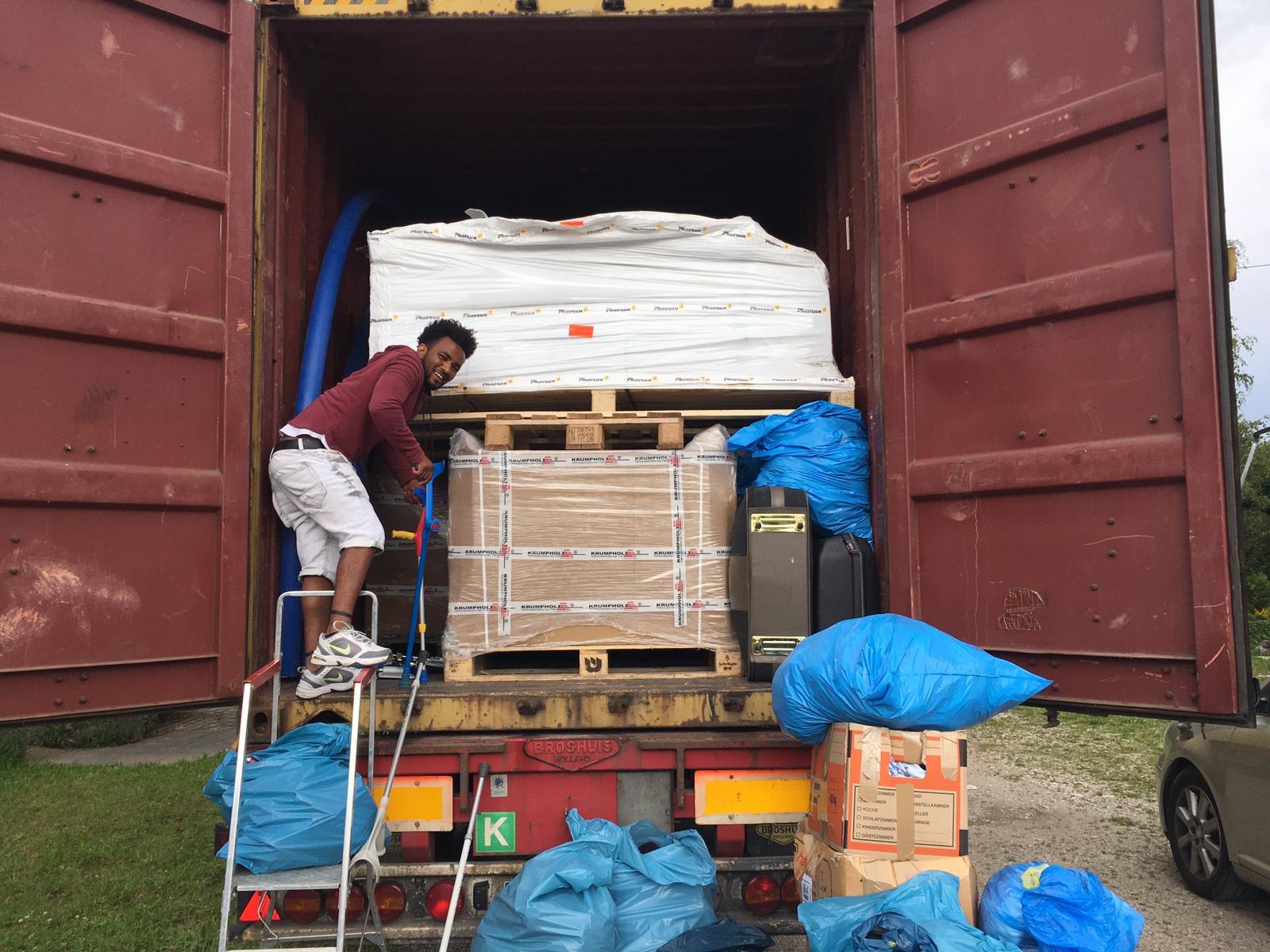 On board are 100 used bicycles, garden tools worth 10,000 euros, which the Franconian tool manufacturer Krumpholz has provided at cost price, also 200 watering cans and 300 solar lamps. They are destined for the Green Clubs, of which there are now about 500 in state schools in Eritrea. The Green Clubs are supervised by teachers and water experts who impart important knowledge about gardening, water catchment, water and soil protection to the pupils. Those who participate in the Green Clubs receive solar lamps and donated bicycles in recognition.

Ursula Fiechtner from the Bavarian Farmers’ Association (Bad Tölz-Wolfratshausen district) has also once again collected money for women farmers in Eritrea and donated a large number of pots and preserving jars that can be used by the local women to process their agricultural produce. 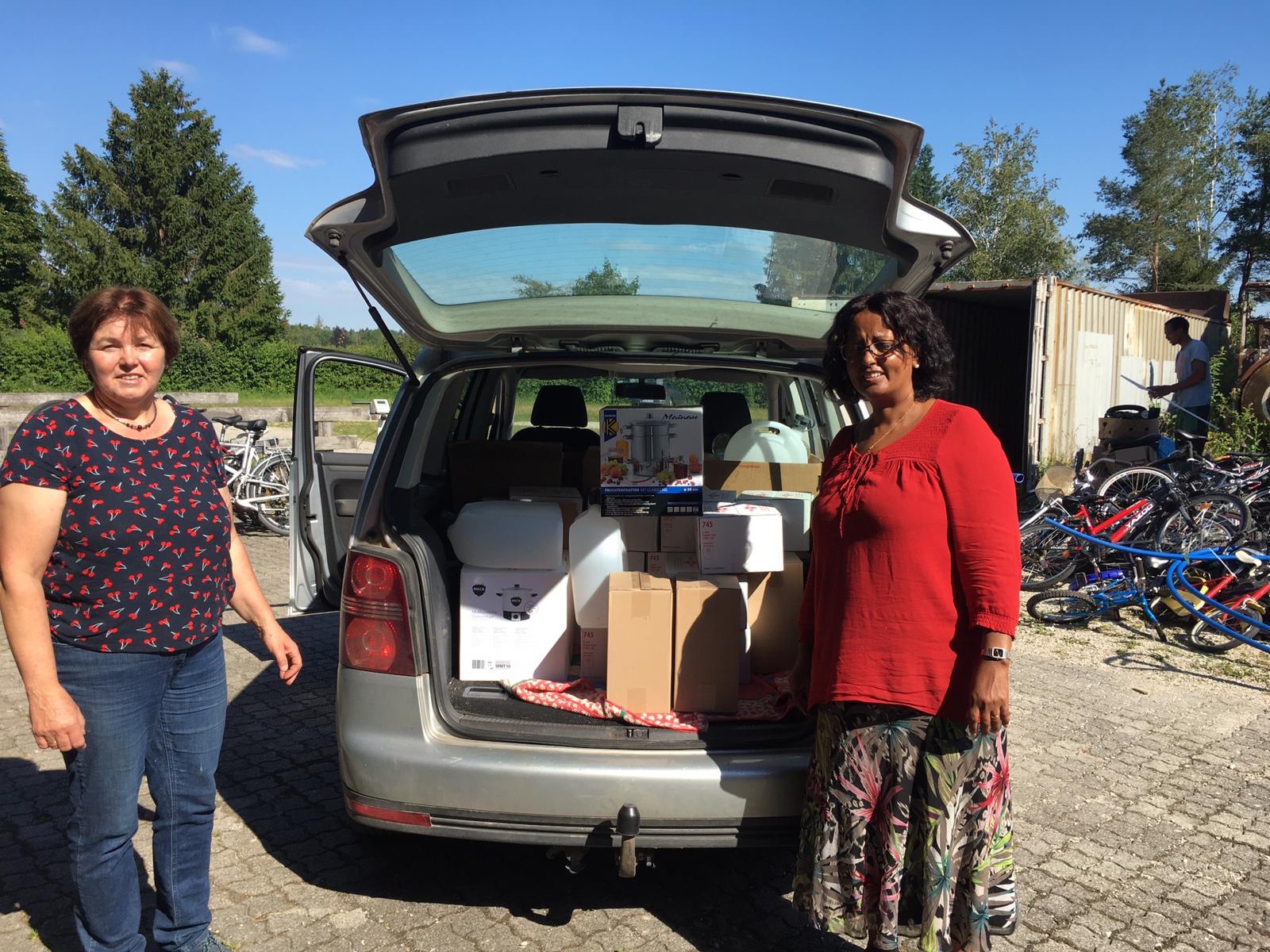 The other large part of the delivery is destined for the village of Kesad Daero, 40 km from Asmara. Following the successful example of Deki Tsenay, where the WaterFoundation has already successfully installed a water supply for 2,400 people in 2012, the neighbouring village of Kesad Daero is also to be supplied with fresh drinking water in the future. The project initiated by the WaterFoundation was supported by donations from former residents who now live in Germany. The villagers are also actively helping. The preparations have now been completed. The water committee Kesad Daero has been founded, applications have been made and have meanwhile been approved. The well has been dug and the hole filled with cement. Now the new pump purchased by the WaterFoundation, including a solar system, which will arrive at the beginning of September, can finally be installed. Afterwards the trenches for the water pipes have to be dug, the pipes laid and connected to the reservoir. 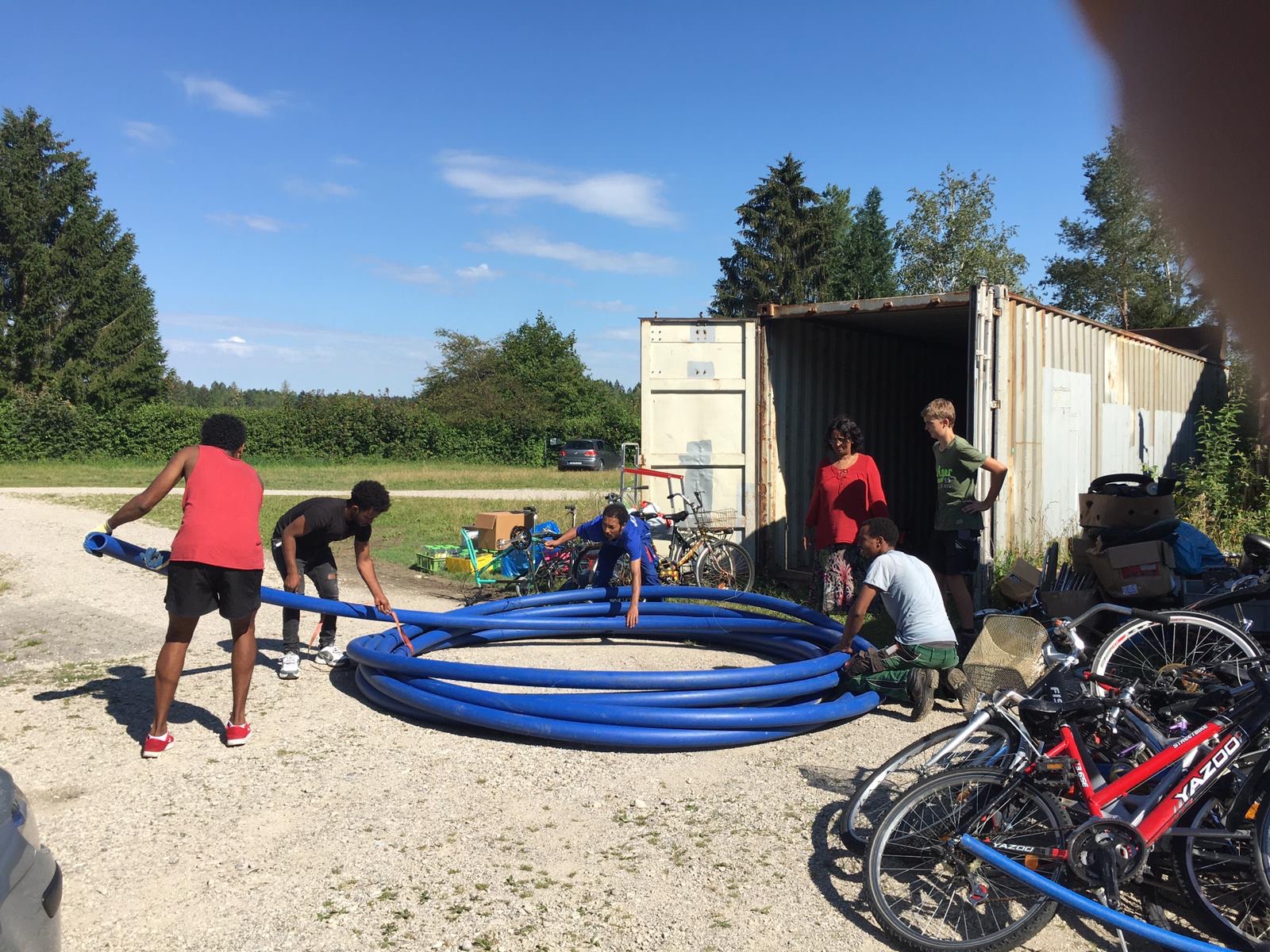